IN SEBASTIAN'S HANDS has a new cover! 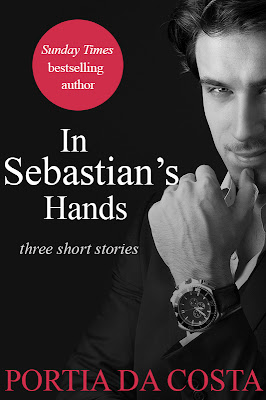 With this latest round of covers I'm doing, I'm trying to create a uniform look that harmonises with, and connects to, the kind of utterly fabulous covers I've had lately for my Black Lace novels. It's a form of branding, if you will, although I'm not sure I like that term.

You'll find a list of my self published titles here, if you want to see what's on the menu:

And if you want to know more about Sebastian, here's the blurb:

When Megan meets Sebastian Holmwood at a fancy dress party, she little realizes how her life is going to change. Sebastian is a beautiful and unusual man with an irresistible dark mystique about him. The glint in his silver blue eyes, and the velvet rasp of his deep baritone voice make her want to do crazy things. Suddenly she finds herself longing to play perverse erotic games almost beyond her imagination. She wants Sebastian to spank her, touch her, dominate her, take her over in every way possible... and she knows that with him, the pleasure she earns will blow her mind.

Sebastian Holmwood is a dominant master who's never quite found his perfect submissive... until he meets Megan, dressed as Little Bo Peep, and carrying a crook that looks suspiciously like a punishment cane. Something about Megan's blend of naivety and mischief, and her bold willingness to follow his lead, speak to his dominant soul as a never before, and he knows he won't rest until he's spanked her and much, much more.

There's an excerpt and some background, as well as buying links here:

And if you want to plunge straight in and treat yourself, here are those links:

Also available in the Delicious Pain anthology - click for info

Posted by Portia Da Costa at 11:33 am No comments:

An interview... with Lucy

Slip over to Lucy Felthouse's  blog today to read an interview with me!

I'd love it if you left a comment or a question there, so I look like a popular gal! :)
Posted by Portia Da Costa at 7:46 pm No comments: 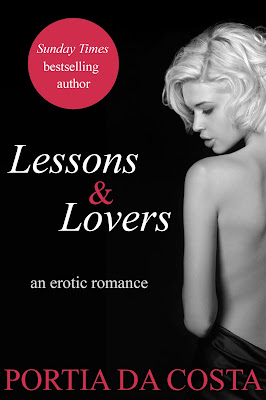 I've just self published a new book. Well, it's an old book, really, one I had published by an epublisher nearly a decade ago... but for which I got back the publishing rights last year.

What happens when a perfectly civilized sexual arrangement turns into a minefield of turbulent emotion?

Wealthy widow Hettie Miller misses her dead husband terribly, but is still beset by a gnawing physical desire. Lonely and confused, she turns to Starr, her late husband’s personal assistant, who discreetly supplies an after dark solution. At night, he comes to her bed and thrills her with intense, breath-taking sex, even though by day, their employer/employee relationship is scrupulously formal and hands off.

But Starr loves Hettie. He’s loved her since the first time he ever met her, but until now, he’s always managed to conceal it beneath a mask of immaculate manners and rigidly controlled reserve.

During a summer getaway at her secluded country mansion, it finally dawns on Hettie that her feelings for Starr are far more than simply carnal, and the parameters of their relationship start to change…

More info and an excerpt here:

LESSONS AND LOVERS is available for Kindle/Kindle Apps from Amazon.com and Amazon.co.uk

It's also available in Epub format from All Romance Ebooks, and I'm hoping to make it available at as many other outlets as I can in the near future.
Posted by Portia Da Costa at 12:43 pm 1 comment:

Email ThisBlogThis!Share to TwitterShare to FacebookShare to Pinterest
Labels: Lessons and Lovers, publication news, self publishing

I'm asking a simple question, just a sort of poll really, rather than a right or wrong test... and in a week's time,  on Tuesday 26th March, I'll be randomly picking a winner from amongst the mailing list members who've responded. The prize will be a copy of THE ACCIDENTAL CALL GIRL, or an alternative title if the lucky winner has already got that one.

Tall, dark and handsome... or gorgeous golden haired god? Which do you prefer? And if the entrants include why they prefer the type they prefer, and name a prime example, all the better!

Remember, this is a competition on the Mailing List... NOT here. I'm really trying to coax more people to join, so I can keep them up to date with my releases, and maybe offer exclusive excerpts and engage in a bit of debate on erotica and romance etc. :)

ps. I'll be posting the question on the list again, perhaps a couple of times, for people who've joined up later in the week.
Posted by Portia Da Costa at 12:17 pm 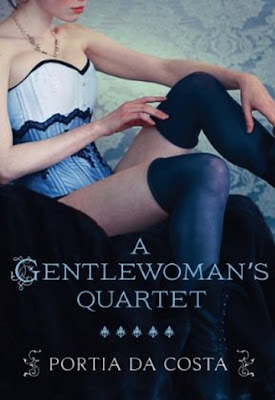 Isn't this pretty? The book, A GENTLEWOMAN'S QUARTET, is published by HQN as a digital only title, and will be available to buy on 15th March!

It's an anthology of all four of my Ladies' Sewing Circle short novellas for Harlequin Spice Briefs.