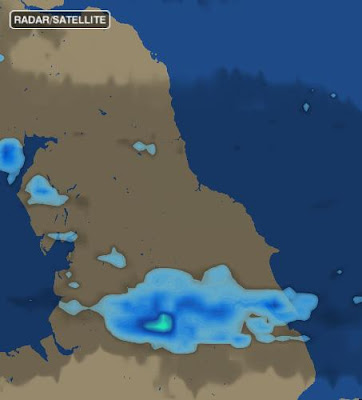 Look at all that naffing rain! Teeming down right where I live... sigh. It wouldn't normally worry me all that much, but I need to nip out to the shops today and buy some stuff, because I can't get into the garage to get things from the freezer. :(

And as if it isn't bad enough, when I turn in the telly it's raining hard in Beijing too!

Did quite well, writingwise, yesterday, with another useful 1.3K again. It's a bit of a dog's dinner, but it's a dog's dinner that can be edited and improved. My only worry about Kiss It Better is that it's story, issues, emotion and romance heavy, and I'm now wondering if there's going to be enough sex in it. There will be quite a bit, but basically, as I've said before, it's a romance... and you just can't shove in 'extra' sex scenes willy-nilly [LOL!] They've got to be relevant to the plot and the story... well, they have for me. I'd rather write slightly less sex these days, and more emotion and general character interplay. And I do think that this approach actually makes the sex more meaningful and electric when it happens...