Automatically shipped by LoudTwitter
Posted by Portia Da Costa at 11:12 pm No comments:

I'm getting an Edward Norton kind of vibe... 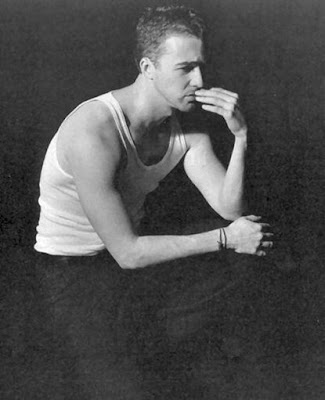 for my next book.

I think it's now safe to say that I've got another Black Lace novel in the pipeline. Haven't actually laid my sticky mitts on the contract, but it's in the works. The book's called KISS IT BETTER, and while I haven't got an actual publication date, I reckon it'll be around June time next year when it's out. Have to deliver by 1st December.

I believe I talked about this book a bit on the blog some time ago, when it had a working title of Smalltown. It's about a couple who've met before, fleetingly and in stressful circumstances, who get together many years later, in circumstances that are also somewhat angsty, at least on the hero's part. Won't go into details, but he's a guy with major issues and secrets, but a profoundly romantic heart and sensibility.

When I originally conceived a prototype of this idea, quite a few years ago, it was a straight romance, and the hero template was James Marsters, but time passes, and me being a floozy, I move on to new passions. I still like James a lot, but he's not right for this hero any more. Neither is my beloved Vincenzo and neither is the delightful Professor Hottie. They've both had their books and stories, and no doubt all these simmering, sexy guys will appear in future yarns of mine, but for this hero, the man whose image calls to me, who feels right for Jay, is Edward Norton... I started to fancy him in a major way when I saw The Illusionist, and that spurred me to write The Retreat, for the Bound Brits collection... so he was a natural for this new story. He seems quirky and deep to me, just as Jay is... and I might even let him have a sexy little goatee beard again too! ;) 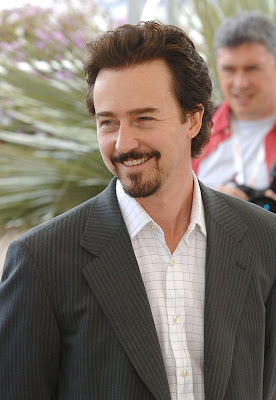 ps. nip over to my pal Saskia Walker's blog for some awesomely exciting news from her too!
Posted by Portia Da Costa at 7:17 pm 4 comments:

Found via the Scarlet newsletter... and priceless! LOL
Posted by Portia Da Costa at 3:31 pm No comments: