A different kind of angel 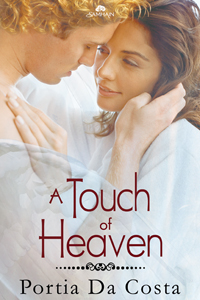 The story is about an angel, something that I haven't touched on before in my fiction. I originally wrote it in answer to a publisher call at Samhain Publishing, but because I was busy with other deadlines, I didn't manage to complete it in the time required, so I never actually subbed it. However, an editor saw me mention the story in discussion on a message board, and she urged me to submit it anyway when it was finished. Luckily for me, it was eventually accepted.

Patrick, my angel, is a different kind of angel. Not the kind that quite often appears in romance and urban fantasy books and stories. He isn't a warrior angel with a flaming sword, engaged in a never ending battle between good and evil, smiting demons right left and center, and sporting a name ending in 'riel'. No, my Patrick is a gentler sort of fellow. He's kind and nurturing, and humane if you can call a non human creature that. His mission isn't to participate in a holy war, but to heal and bring comfort to those mortals who need him. This might all make him sound very much like a mild, very Beta hero, but in his own way he's also strong and powerful. He simply wields his power in a quiet non-flashy style.

He's also human, at least in a temporary, quazi sort of way. To visit earth and do what he has to do, he has to take a human form, because his real state isn't something a mortal can comprehend. Everything about him, in his angelic form, is beyond our understanding, as are his 'home' and his 'boss'... The people he encounters on his mission, especially Miranda, the heroine, can only deal in approximations and representations of his mystical reality.

If all this sounds a bit airy fairy, don't be put off. Patrick, my golden angel, is actually a very down to earth guy. His mission completed, he has a little holiday time in hand... and he likes to spend it in a very human way. He enjoys lying in the sun - naked! He loves eating junk food and drinking pop. He listens to music on an iPod and reads romantic novels. And he also likes flirting with beautiful women, in the form of Miranda, who lives next door to the residence that he's apparently 'house sitting'.

Miranda, for her part, quickly falls head over heals in lust and love with the beautiful but mysterious young man next door. He's utterly gorgeous, and most miraculous of all, he seems to be genuinely attracted to her, even though she's well into her forties, and she suffers from twinges of arthritis. With Patrick she feels young and vibrant again, in a very literal sense. His magic touch with massage actually relieves her pain, and his gorgeous body and heavenly face revive her libido and send it in to overdrive. She feels sexy and attractive again because of him.

But of course, that's not all the story... despite their fast growing love for each other, and the idyllic pleasure that Miranda receives at Patrick's hands, there are terrifying difficulties in their path and agonizing choices they have to make. No sooner have they found each other than they face being wrenched apart again, and worse than that, the specter of extinction looms over Patrick...

So, if all that sounds intriguing, you might like to give A TOUCH OF HEAVEN a whirl. It's available now from Samhain Publishing and a variety of other ebook outlets, and you can read a taster excerpt of it here at my web site.

Oh, and lest he doesn't sound particularly angelic in the traditional sense... Patrick does have wings. They're big and white-feathered and very powerful... and sometimes he actually flies!

Check out an excerpt of A TOUCH OF HEAVEN here

Check out A TOUCH OF HEAVEN here at Samhain Publishing, along with another excerpt

ps. here's a pic of how Patrick might look with his clothes on... ;) 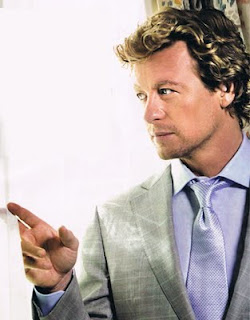