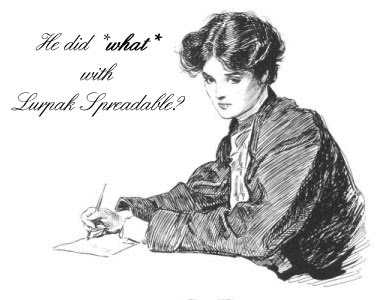 It's been a busy week this week!

Started out by reading through and editing my main WiP, KISS IT BETTER. Was worried about this book, but as I read it, I discovered that I didn't think it was quite as crappy as I'd feared, and ended up really enjoying certain bits of it. Even though I'd written it... It's a fairly frisky and sexy story, but there's also sort of reunited lovers angle in there too, that tends to make me go 'ah' a bit, even though I wrote it. Whether it'll induce that reaction in my readers remains to be seen, but preliminary news from crit partner Saskia is very encouraging. The first half at least gets a thumbs up from her, although I'm rather afraid that, thanks to me, she might never be able to put Lurpak spreadable butter on her jacket potatoes ever again! LOL

At the same time as all this KIB activity, I've also been participating in the Seventy Days of Sweat challenge... and trying to rack up *new* words on a different project entirely. This is unusual for me, as I'm the world's worst multi tasker, but actually, I've managed much better than I expected, and I've written about 5.5K words on SECOND TIME AROUND, which is a commissioned Spice Briefs novella, and the second story in my Risque Reunions trilogy. STA is about a couple who were married then divorced, but who meet up again at a school reunion. In the meantime, both have grown up, and learnt a lot about themselves. They discover a new perspective on their relationship, their sensual needs... and their love. I'm enjoying writing this, especially as Mr Daniel Craig has kindly agreed to star in the role of James. [honestly, I'd chosen the name and the storyline first... before I even cast 007 in the part!]