Where is the time going? 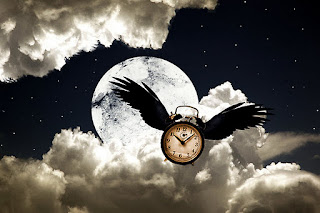 Good grief, where is January going? One minute it's Christmas and the next, we're two thirds of the way through January and not a lot to show for it. I can't believe how time flies so fast, as I get older. Just when I need it to slow down a bit. LOL

A lot of the time so far this month has been spent acclimatising myself to my new laptop, and to Windows 7 and various new programs. This is no hardship. I love new tech and I love fiddling with software and learning its foibles. I'm happy with my choice of laptop - a Lenovo Thinkpad - and I've even grown to love widescreen now, after holding out for a long time with 4:3 aspect. The extra acreage is great for things like graphics, especially.

So what's happening in my writing life. Well, I just delivered my second Victorian erotic romance for HQN. This one's called DIAMONDS IN THE ROUGH, and it's a wacky conundrum of inspirations, including hints of Downton Abbey and an awful lot of Sherlock Holmes. The hero, Wilson Ruffington is an eccentric genius who can be a bit brusque and capricious, even if his heart is basically in the right place. He's not a detective, but he does have something of Holmes' analytical method about him. He's a scientist and a consulting technologist, a polymath who's brilliant in all areas of learning. The heroine is Adela Ruffington, and she's a second cousin, twice removed of Wilson, a woman who's as unusual in her own way as he is in his. Not exactly a beauty, with a crooked nose due to an accident [Wilson's fault!] and a few faint scars from chicken pox, she's been overlooked on the marriage mart, and being sensual in nature, she's taken control of her own erotic life in a way that's quite radical for a Victorian woman. But she's a New Woman, and member of the Ladies' Sewing Circle, so she's far from an uptight prudish miss.

In other writing news, I've just had word that a couple of my stories are going to appear in the fabulous Alison Tyler's next anthology for Harlequin. More about this as the details firm up, but my two stories are linked, about the same couple, and called COME AT SIX and COME AT NINE.

I've also been very active on the self publishing front, and have two recent titles that you might like to check out. 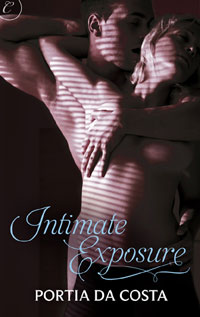 Email ThisBlogThis!Share to TwitterShare to FacebookShare to Pinterest
Labels: An Appointment with Her Master, Daring Interludes, Diamonds in the Rough, Fire and Ice, Intimate Exposure, self publishing, The Ladies' Sewing Circle
Newer Posts Older Posts Home
Subscribe to: Posts (Atom)