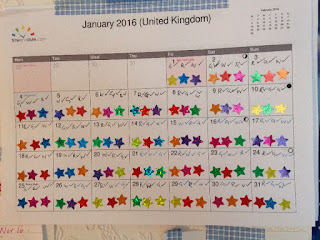 January has been a reasonably productive month. Not stellar, but at least I've made some progress on a variety of fronts. THE BOSS'S SECRET is moving forward; fairly slowly, but at least it's moving. Which it wasn't at all for the last third of 2015. I'm not sure how long a story it's going to end up being. Probably between 40K to 45K words, which is a chunky sized novella.

I've also done a lot more reading in January 2016. I've read quite a few Jean Plaidy novels, but I'm taking a rest from them now. Historical novels very often feature figures from history who had very imperfect lives that do not end up happily. And while this makes for fascinating reading, it's also a bit depressing too. So sue me if I like happiness and good outcomes! That's why I like romantic stories with 'happily ever after' endings.

I've also been reading non fiction, especially the Mini Habits book, and another book from that author, How to be a Perfectionist. Both these have been enormously helpful to me in my outlook on productivity and life in general. They both promote acceptance, rather than being hard on oneself. And help one to develop a realistic and more contented way of dealing with the past and moving forward. It's all so simple, and many thanks to Stephen Guise!

I've also been thinking about redoing my web site. I decided that I'm not going to pay ridiculous annual license fees to Adobe in order to continue using Dreamweaver, so I've had to look for alternatives. Mac alternatives now that I'm a thoroughly committed Mac user. In the last week or so, I discovered Rapidweaver, and this seems to be the solution I've been looking for... and fun to use! I'm only footling about with test sites at the moment, but sometime in 2016 I hope to produce a new Portia Da Costa site. It won't be swish and glamorous like some author web sites. Not a 'cult of me' site. One of the reasons is that I don't have much in the way of author photos, and I won't be getting any new ones. I'm a fat, haggard old blob now, and due to allergies, I can't wear the makeup that might make me look marginally more presentable. That means the only pix of me going forward will be the horrible truth, in the form of goofy selfies, taken with my iPad! LOL

Things I'd like to do in coming months are finish BOSS, hopefully start something new, and maybe get some of my self published work into a print format. Maybe by bundling short things together. I've also got stuff I really, really need to get out there. It's no good to anybody just festering on various hard disks of mine.

I'm sure progress will still continue to be snail like compared to most writers, but I do feel positive and optimistic, and I hope to enjoy myself. And that's what's important to me! :)
Posted by Portia Da Costa at 12:48 pm No comments: