The last 24 hours have been pretty mad... mostly last night and the small hours of the morning...

Jolly night out with himself, fish and chips and a spot of lager etc. All very pleasant and very normal... However, come lights out, for some reason, by brain sort of half turned on and started sifting through plot bits and ideas for Gothic Heat. Needless to say because even though I was awake, I was also half asleep... so nothing really made sense, and I was getting quite upset with myself and worried about the book. Needless to say, in the light of day, I can see my fears were wildly exaggerated, but, that's not the end of it... Just as I was beginning to drift into actual sleep, rather than half sleep, there's a big commotion... Himself clattering about in the hall and the smallest room... Guess what, ridiculous Mulder had brought in a mouse, and released it into the wild of the house... 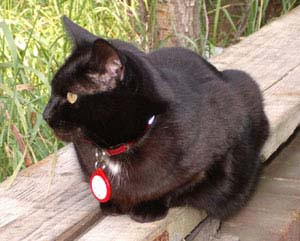 Himself had cornered it in the loo, and was floofing about, muttering about finding boxes to catch it with etc etc... Now, in my vast experience in this area, boxes are no good for this. Mice can wriggle very easily from boxes. So I donned my trusty gardening gloves and faced off with said mouse in the smallest room. Nowhere to run to, rodent! Your ass is mine! Mind you, it was a faster little bugger than usual, so it took a lot of attempts, but eventually, I managed to snag him or her by the tail and carry him/her outside, wriggling wildly, and then release him/her under the fence, beyond the immediate reach of felines. 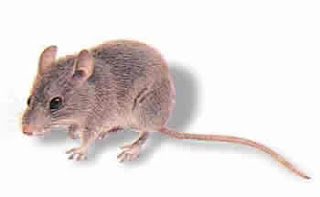 Neither himself nor I could sleep, so we made a cuppa and himself was reading and I was just dozing. Guess what, brain starts clicking again... but not about Gothic Heat this time... no, in an unprecedented miracle, a few story ideas started popping into my head... so I kept sitting up to scribble them down on a notepad. Now then, this doesn't happen to me as a rule... I've said often enough how hard it is for me to come up with ideas, but in this instance, stuff kept coming to me! Of course, a lot of it's pretty silly, and probably unuseable... but there are a few germs of something that might come to something... even if it's just a short or a novella.

So, didn't get much sleep, so spent until around 3pm just loafing about, watching MotoGP with himself and chilling. But then, when I eventually switch on the computer, I find goodies!

Then, I open another email, and it's from the lovely editor at Total-E-Bound, and she loves another book I sent to her and would love to publish it!

So, it looks like I should leave the laptop off for the morning a bit more often... who knows what delights may be in my in box when I finally turn it on!

Finally... some folk have been having trouble seeing my Flash cover thingie in the post preceding this one. I took a look at it, and twigged that although it looks okay in Firefox, which I use, it wasn't displaying correctly in Internet Explorer... I've tweaked it now, and I wonder if you gentle readers could take a look at the 'bits and bobs' post below, and let me know if you can see two covers fading in and out of each other? It's for Love on the Dark Side/Watching The Detective.... You should be seeing darling Vincenzo and some other guy...


Don't forget Portia's Promos - new stuff being added all the time!
Posted by Portia Da Costa at 5:20 pm No comments: