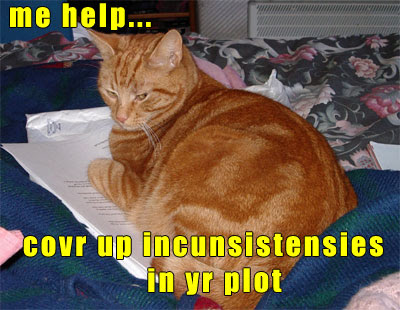 Agh, it's a good job I decided to do another run at these proofs! I found a minor plot inconsistency that I now have to get around with the least amount of adjustment to the text... bugger, bugger, bugger!

Can be done... but it's caused me to start doubting and questioning the whole book now. And the behaviour of the characters. I've gone from rather liking it to thinking it's a pile of pooh again, and silly, unintelligent and uneven.

It's probably okay, actually, but now, I'll always have doubts and uncertainties about it. One thing I know though... *never ever* again will I agree to turn in a manuscript early. Next time, I'll work up until my originally allotted deadline and take all the time I need for additional checking and nitpicking and extra polishing!!!!
Posted by Portia Da Costa at 10:02 am 3 comments: