The Next Big Thing

I was tagged in a blog meme, entitled THE NEXT BIG THING, by the fabulous Kristina Lloyd. It involves the answers to some questions about... well... the next big thing in my publishing life. Here goes:

What is the working title of your book?

The Accidental Call Girl. It's the official title and it's part of an even bigger thing, my 2013 Accidental Trilogy. 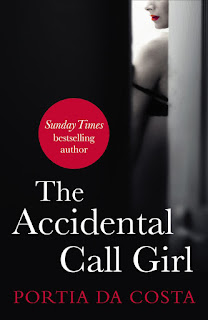 Where did the idea come from for the book?

I was originally inspired to write it after reading Belle De Jour's Diary of a London Call Girl and watching The Secret Diary of a Call Girl.

What genre does your book fall under?

Which actors would you choose to play your characters in a movie rendition?

There's no doubt that the hero, John Smith, must be played by Simon Baker if the story was ever to be filmed. For me, John and the character of Patrick Jane are physically identical, even though they have very different personalities. 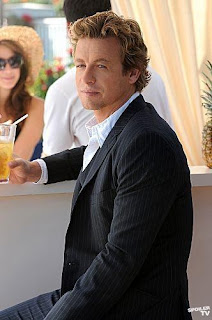 Lizzie, the heroine, has a lot of fun with her passing resemblance to 50's glamour icon Bettie Page, so I think a good actress to play her would be Gretchen Mol, as she appeared in the Bettie biopic, The Notorious Bettie Page. She has a softer more modern look than Bettie herself, so she'd be perfect for Lizzie.

What is the one-sentence synopsis of your book?

"The Secret Diary of a Call Girl... by mistake."

Will your book be self-published or represented by an agency?

It's published by Black Lace and I represent myself.

How long did it take you to write the first draft of your manuscript?

What other books would you compare this story to within your genre?

I'm not sure it's quite like anything else. At least, I hope not!

Who or What inspired you to write this book?

Well, that's pretty much the same question as the one about where did the idea come from, isn't it? So the answer is much the same... Belle de Jour's memoir. Although when I first had the idea, I'd never seen The Mentalist, so you could say that the gorgeous Simon Baker inspired me too, in the actual writing of the book, as he's provided a visual that wasn't there in the original concept.

What else about your book might pique the reader’s interest?

Instead of this being a book about a precocious young stud in his twenties, my hero, John Smith is a beautifully mature and seasoned forty-six. This makes The Accidental Call Girl something of an age gap romance, because John's lover Lizzie is only twenty-four.

The Accidental Call Girl and the entire trilogy is set in the same world as quite a few of my other books, the universe that began with Entertaining Mr Stone. Some of the action takes place at the infamous Waverley Grange Hotel, of Suite Seventeen fame and Lizzie lives in the same Northern 'borough' as the heroines of all my 'Stoneworld' novels ie. Entertaining Mr Stone, Suite Seventeen, In Too Deep and Kiss It Better.


I won't tag anyone else in this meme... but if you feel so inclined to carry it on, please do go ahead! :)
Posted by Portia Da Costa at 3:51 pm