ANOTHER CHANCE - available at Amazon Kindle 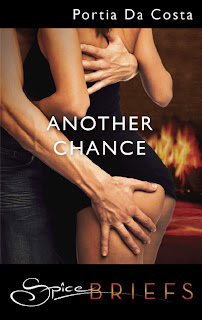 ANOTHER CHANCE is the sequel to my first ever Brief, CHANCE OF A LIFETIME, and Rose and the Marquis appear again as supporting characters -- although now lucky Rose has won her man and become his Marchioness. The titled twosome are still as daring as ever though, and inadvertently put on a sexy show for Maud and William, the protagonists in ANOTHER CHANCE.

The Chance of a Lifetime… Again.

It’s been a long time since Maud Piper has had a lover, particularly one who can give her what she really wants: the masterful hand of a strong, powerful man. The sting of pain that turns into pleasure.

Only Maud’s late fiancé had been able to satisfy her. Not even watching her employers at Blaystock Manor, the Marquis and Marchioness, in their own rough love play brings her the release she longs for—until she is caught in the act by William Graves, the estate’s ruggedly handsome steward. Can he give Maud another chance to experience the pleasure she craves?

And here are the Amazon links:

Email ThisBlogThis!Share to TwitterShare to FacebookShare to Pinterest
Labels: Another Chance, Chance of a Lifetime, publication news, Spice Briefs