It's a most auspicious day! My friend and critique partner, the wonderful Saskia Walker, has not one but two fantastic reads published today. THE HARLOT is a big, lusty, full blooded romp of a historical erotic novel - with a paranormal twist. It's set in eighteenth century Scotland and features one of the best heroines I've read in a long time, the bold and bawdy Jessie Taskill, who's the harlot of the title. And if you love Jessie and her world, you'll also enjoy THEIR PRIVATE ARRANGEMENT, a shorter work, which features supporting characters from THE HARLOT, who come out to play in their own saucy story.

Here are the summaries and some advance reviews... 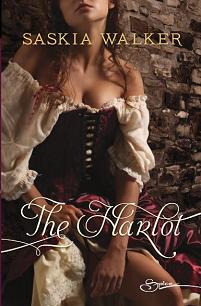 It is a Dark Era, one when a lusty lass will do what she must to survive. Even if it means bartering flesh for a palmful of coins…


Forced to watch her mother burned at the stake and separated from her siblings in the aftermath, Jessie Taskill is similarly gifted, ripe with a powerful magic that must stay hidden. Until one night when she's accused by a rival, and Jessie finds herself behind prison walls with a roguish priest unlike any man of the cloth she has known.


In reality, Gregor Ramsay is as far from holy as the devil himself, but his promise of freedom in return for her services may be her salvation. Locked into a dubious agreement, Jessie resents his plan to have her seduce and ruin his lifelong enemy. But toying with Gregor's lust for her is enjoyable, and she agrees to be his pawn while secretly intending to use him just as he is using her.

"Take one gorgeous rogue seeking vengeance and a desperate woman charged with witchcraft, toss them together with a healthy dose of lust and you've got an enticing tale of revenge, justice and magic." RT Book Reviews magazine

"The Harlot is about finding redemption unexpectedly, being able to trust and love again, as well as moving forward. I feel many historical romance readers and fans of Ms. Walker's will not be disappointed in this new work." Ali, Nocturne Romance reads

You can read more and find buy links here. 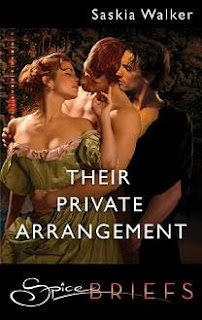 
Duggan Moore has always stirred maidservant Morag's womanly desires. Even though Duggan is in a clandestine relationship with James Grant, he wants Morag as well -- and James doesn't want to deny him any pleasure. Soon, all three are exploring their mutual passion ... together.

Go here to read an excerpt and/or download the story.

If you love beautiful writing and cracking good storytelling, do yourself a great big favour and check out these two super stories!  :)
Posted by Portia Da Costa at 1:10 pm

Thanks so much for showcasing my new releases!