New release from my buddy Saskia! 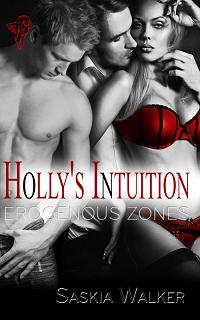 My writing buddy and critique partner Saskia Walker has a brand new release today. HOLLY'S INTUITION is the second in a trilogy of stories about three psychic sisters, and if you enjoyed the first in the series, MONICA'S SECRET, you're bound to love this one too!

Joshua is trying to come to terms with being gay, and he's about to announce his sexuality to his family. But now Holly has entered the scene and he's drawn to her as well as to his partner, Stewart. Since his accident he feels close to Holly. She calms him…and arouses him. Sharing Stewart with her shouldn't be this much of a turn-on, but it is.


HOLLY'S INTUITION is available from Total-E-Bound now
Posted by Portia Da Costa at 10:27 am

Thank you so much for posting about Holly's book! I'm finding that writing a series of this length is nerve wracking, hoping the readers will enjoy each book in its own way. Fingers crossed!