A fond farewell to Numb3rs

I'm just in the middle of watching the final episode of one of my favourite TV shows, the quirky cop drama, Numb3rs. I loved the show from the first time I saw episode one, and particularly fell for the brilliant, dorky and adorable Professor Charlie Eppes. But it was one of those shows with a great ensemble cast too, so I loved following the storylines about Charlie's dad, his friend Larry, and his brother Don, and the other FBI agents on Don's team. With six series, Numb3rs is one of those programmes that so wormed its way into my heart that the characters seemed to become part of an extended family... and now, I'll sorely miss them.

Of course Numb3rs isn't the only show to become 'family'. I think millions of people all over the world will consider the characters of the various different Star Trek shows to be family. I certainly do, with Next Generation having made the most impact. Just as I've been sobbing over Charlie and Amita's wedding, I sobbed at the final episode of TNG, where the main cast assembled for a poker game with Picard one of the players at last. 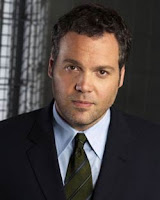 Of course, prior to Numb3rs, and concurrent with it, Law & Order Criminal Intent has been a major, major extended family show for me too. Detective Robert Goren was/is an astonishing character and profoundly inspiring in terms of hero templates, for me. Goren might be gone from our screens, alas, but a version of him still lives on for me as Robert Stone, the hero of ENTERTAINING MR STONE.

The characters in Buffy the Vampire Slayer/Angel were also part of my life for a long time, especially the wonderful bad boy Spike, who eventually endured a long, painful climb towards goodness. Something I very much liked. Spike too, inspired a book hero. He 'became' Lukas, the gorgeous blond super model in DESIGNED FOR SIN, one of my X Libris titles under the pseudonym Dorothy Starr.

Now, of course, I have another show that's captured my heart and imagination, and is also proving inspirational in terms of hot male totty. I refer of course to THE MENTALIST, and it's glorious central character Patrick Jane, who's already provoking a new spate of yummy blond heroes, including a certain Mr. Edmund Ellsworth Ritchie. It's too soon to know whether The Mentalist will become 'family', but it's shaping up that way, because it's another show where the supporting characters are all appealing and entertaining too, and I'm very fond of Lisbon, Cho, Rigsby and Van Pelt as well as their gorgeous 'consultant'. The man who hides a tortured heart behind his sunny smile. 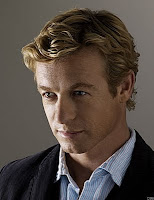 And so, back to Numb3rs. And to paraphrase Rick, from Casablanca, Charlie and I will always have IN TOO DEEP. In which Professor Hottie McHotstuff aka Daniel will always bear a startling resemblance to a certain Professor Eppes.