The ingenuity of Mulder 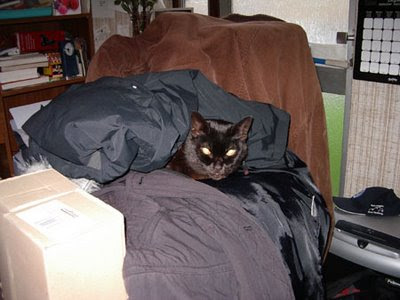 Was walking through the hall, and heard a rustling sound coming from a pile of coats there, which were on top of the box containing our new boiler [it's a long story...] As I watched, there was movement amongst the coats, and a second later, a head popped out!

Cats are so funny. My late mother often mislaid her cats. One had climbed inside the front of the piano. Another got on top of the wardrobe and tunnelled under an empty box and up inside it. At which point he was of course lying on his own escape route!