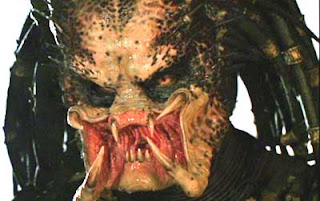 I should be pleased as punch with myself, but I feel grumpy and curmudgeonly and disillusioned with so many things. And I feel a great difficulty in communicating, which is a bit of a drawback for somebody who, basically, communicates for a living. I feel as if I should be stretching myself as a writer, moving up a gear, moving up a level... or summink. Not just festering along, never really making a big name for myself. I've been writing a long, long time and I've seen lots of writers come along since I started and become pretty big names, while I just moulder away in the backwoods. I've always thought that it's because I can't plot well and can't generate ideas easily. But then I read stuff by bigger names, and sometimes, I think... well, I could have thought of this, but if I had done, I would probably have dismissed it as too silly and too superficial for an editor to take it seriously... And then, of course, I read other stuff and my heart just sinks because it's so good, and the author is clearly a quantum leap beyond me in terms of her imagination and her ability to interpret what's in that imagination as a book that people will want to read and having read it, end up adoring it...

Sorry to seem gloomy, but my hips are aching and I feel like crap today...

On a film note, watched Predator 2 last night, and while I think I prefer the first one, it's still a deliciously crass and bloodthirsty escapist flick. It's sweaty and violent and silly, but I did enjoy it. I just wish some bright spark hadn't put the Alien skull in the Pred's space ship, and generated the whole Aliens v. Predator phenomenon that led to a film that basically crapped on two iconic sci-fi movie franchises. They've ruined both now with AVP... stupid sods!


Don't forget Portia's Promos - new stuff being added all the time!
Posted by Portia Da Costa at 11:47 am