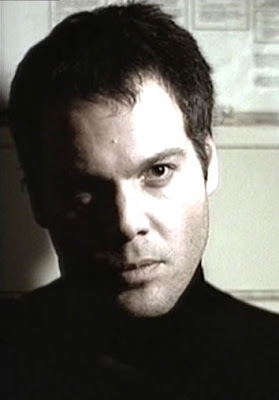 Have now begun my first round of edits, and even though it's early days yet, the bits I've done so far don't seem too horrible. Sadly, though, despite being 2K over budget wordswise, it hasn't reduced much in length yet. I haven't found anything thus far that's so crap that I can gaily rip it out...

Screencap of Vincent D'Onofrio as Mr Blue from The Taking of Pelham 123 TV movie courtesy of The Velocity of Vincent.

Just off to read your story in Scarlet... take care xx

Amen, Wendy! Like all the rest of him. Good choice.