I've been drivin' in my Porsche 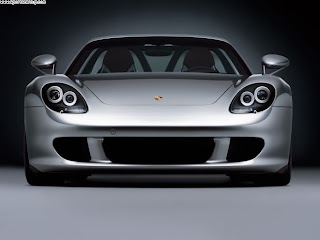 I bought this little beauty a few weeks ago... mainly because I've heard some sad stories recently about friends losing data and more importantly WIPs when hard drives have crashed and they haven't backed up... Today, himself was out, so I could spread out over the dining table and hook up my lappie and my LaCie and get stuck in... Bit of a hiccup at first, the naughty thing seemed to go into some kind of loop thing, and freeze... 5% took 40 minutes! But second attempt went smoothly and didn't take long at all!

I always save whatever I'm working on to a USB flash drive, and also externally to Omnidrive, but I don't think you can ever have too many backups where technology is concerned. :)

In other news, I've been working on Gothic Heat, and have done a handy 1.3K, which is reassuring. Need to keep up this pace for the rest of the month, in order to meet my target of 40K by the end of June. It's gonna be close, because I've got behind schedule, so I'm going to have to really focus and not get too involved with 'other stuff' for the next couple of weeks.

I've also been working on that short I mentioned... the one that needed extending... and with the sage advice of my crit partner, I've managed to bump it up to 7K, which is the wordcount required by the editor. Need to get it lobbed off to my agent tomorrow, and hopefully soon I'll get a response - and a positive one - from the editor... Watch this space for news of this!

ps. it's called Object of Desire... take a million guesses as to who inpired the 'object'.

Hey you, I was gonna ask for a ride in your Porsche until I carried on reading, I don't think we'd fit in a hard drive! I bought one a while ago for the same reason, probably don't back up as often as I should but at least I'm in the habit!

Can't wait to read this new short of yours... will be starting one of the novels you sent me very soon, can't wait to get the new one too ;)

I'm paranoid about backing up my files. I just use 2 different flash drives. Your new "Porsche" sounds great, though. Good luck on the word count. I got stuck on my WIP so I started a YA short - first person.